Know the Class Your Dog is Showing in 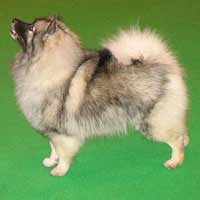 No one wants to arrive at a show, after paying out large amounts of money in entry fees and driving hundreds of miles only to find that they have missed their class. So how can you avoid this error?

Read your schedule carefully, highlight any unusual times for classes. On arrival look at the notice board where the rings are listed. Normally the ring steward will work in the same ring all day even though there may be several different judges. If time is passing and there is still a lot of judging to be done in your ring before your breed’s turn, check with the Show manager and the ring steward in case they intend to move your breed. There will normally be an announcement giving you ten minutes notice but you may miss it.

Passes are always sent out to exhibitors of general championship shows. With the passes will be a list of rings and judging times. If anywhere in your paperwork or schedule it says that your breed will not be judged before a certain time then it will not! This can sometimes save you leaving home so early in the morning although you must remember that some shows do not allow late arrivals – so read your schedule!

Passes are not normally sent for breed shows but any announcements will be shown in the breed notes. If there is a late change of judge or venue it is not unusual for the show committee to ring round the exhibitors to notify them.

Remember to read your copy of the canine press every Friday just in case there are any changes to the show information. Championship societies always publish their show entries and ring details several weeks before the show. It is common to publish any late changes to the schedule within the weekly press so get into the habit of checking the news pages carefully.

With the printing companies who produce the show catalogues now publishing details online there will sometimes be announcements on their home page about any late changes to the published schedule.

Do not think that all schedules are the same. Each show has its own way of laying out rings and scheduling classes – some have early starts for numerically large breeds with bitches starting one hour earlier – don’t be caught out!

As you enter the show look out for any notices about changes to judging or ring changes. Quite often show officials will be at the entrance to the show ground and will advise where your ring is.

Each show ring had a board where the ring number is shown along with results of classes judged. This is where the ring steward may chalk up a notice advising that the judge is going to lunch or of any changes.

Most large shows will have a tannoy system where breed judging times are announced and other important notices given. These are easy to forget if you are in the benching tent or busy chatting so if you hear the usual screeching and squeaking that precedes an electronic announcement stop and listen!

Above all you are at the show to exhibit your dog so make it your job to know what is happening then share the news with your fellow exhibitors.

There are times when things happen and all the great plans made by the show committees over many months do not go to plan. One example of this was the Richmond Championship show in September of 1997. The show was to be held at Ascot Race Course in Surrey, which is owned by the Crown. Sadly it was the year that Diana Princess of Wales died and the funeral fell on one of the three days of the show. At first there were plans to erect TV screens for the exhibitors to view the service but then it became apparent the Crown would not allow its grounds to be used on a day of national mourning. With only days to make arrangements it was decided to carry over the Pastoral, Working and Terrier groups that were due to be judged that day to the following day – no mean feat when you see how many dogs and exhibitors attend each day of a big championship show.

Benches were removed from tents; we just found room wherever we could to prepare the dogs. Extra rings were set up with rope and ring tape – the show looked more like a large open show than the usual precision designed Richmond Show. Most people turned up and understood the circumstances; above all no one seemed to complain. Committee members from other Championship show societies mucked in as ring stewards and general helpers. After so much sadness it was a day to remember in the dog show community and proved how we could all work together and still enjoy our hobby.