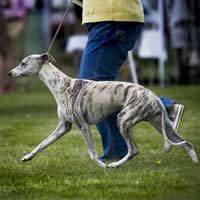 For many people dog showing is a pleasant hobby, in much the same way as stamp collecting and woodturning, however for many it is a way of life and a very lucrative living. There are rules in dog showing that are set in stone, to break them could get you in deep water with the Kennel Club – even ban you from your sport. Then there’s the etiquette of dog exhibiting, some rules overlap each other, some are common sense and good manners, here is a selection of them:

When to Leave a Dog at Home

If You Are the Judge

At the End of the Day

And remember, we all take the best dog home with us.