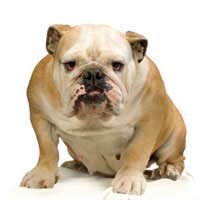 A General Championship Dog Show is where you will find the top show dogs from most canine breeds registered with the Kennel Club in the UK. Beginners can compete against champions and international champions to become the Best in Show.

Are Their Many General Championship Shows?

Championship shows are open to any dog registered with the UK Kennel Club. Since the introduction of the Pet Passport dogs living overseas can now enter any UK dog show. In order to do so they must first obtain ‘Authority To Compete’ (ATC) registration, this number will then be shown on the show entry application and listed in the show catalogue.

Depending upon the numerical size of the breed there will be classes for minor puppies (aged 6-9 months) puppies (6 – 12 months). Junior classes (up to 18 months) and Yearling (up to 24 months). Next there are classes according to a dogs show wins; (Graduate, Post Graduate, Limit etc) then Open Class which is technically open to any dog but is normally where you will compete against the dogs who have already attained their champions crowns. There are also classes for veteran dogs that are over the age of seven years. The specially printed schedule for the show will list all the classes available to each breed. Normally there will be separate classes for dogs and bitches, the dogs traditionally being judged prior to the bitches.

What are the Benefits of Entering?

Apart from the sport aspect of competing against the cream of your chosen breed there are definitely benefits for exhibitors at championship shows. For your dog to become a Champion he must win three Challenge Certificates from three different judges, these can only be competed for at Championship Shows. There are other awards such as the Kennel club Stud Book number and the Junior Warrant that can be gained by winning certain classes at championship shows.

Although Crufts is classed as a general championship show it is the only show at present where a dog has to qualify in order to compete. Each year the Kennel Club releases the criteria by which a dog can qualify, for many dogs this means that they must be placed 1st – 3rd in certain classes at championship shows where Challenge Certificates are on offer. Dogs that have won certain awards automatically qualify for Crufts. Crufts is entered with a standard entry form; however, there is an extra line where one enters the dogs qualifying show details.

Where Will I Find These Shows?

The official publication of the Kennel Club, called the Kennel Gazette, lists all licensed dog shows from companion shows to championship. This is a monthly publication that can be purchased direct from the Kennel Club.There are also two weekly canine publications aimed at the show community that advertise all forthcoming shows. Our Dogs and Dog World can be purchased from any newsagent.Once you have started to exhibit your dog you will receive schedules of forthcoming shows from the societies where you have previously placed an entry.

There are also three major printing companies who print show schedules and catalogues for the show societies. It is now possible to download many entry forms and schedules direct from these companies as well as obtain results of show wins as they occur. This is a great aid to those who cannot get to all the dog shows but would like to read the results of all the class placements.

Where are They Held?

Because of the thousands of dogs that regularly attend this type of dog show they will be found at larger venues around the country. Birmingham NEC has now attracted show societies that used to hold their shows in central London. Stately homes, horse racing courses and even Windsor Castle are all used to hold some of the greatest dogs shows in the country. Other societies have purchased land where their shows can be held annually.

Whilst competing with your dog you are guaranteed to see many lovely parts of the United Kingdom while enjoying the company of fellow enthusiasts.