Home > The Kennel Club > How to Join a Dog Committee 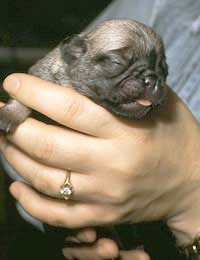 Gradually, as the sport of dog showing takes over your life, you will become aware of the breed clubs for your chosen breed of dog. A term often used in the dog world is ‘to give back to your breed.’ This means that as you have had so much help from others and learned to love your chosen breed there will come a time when you feel you would like to contribute to the well being and future of that breed. It could be by helping the rescue branch of the breed, perhaps collecting dogs and transporting them to their new homes. Another idea is to raise funds for rescue by organising events and raffles. Another way to become involved with your breed is to join your breed club committee.

In numerically small breeds there may only be the one breed club registered with the Kennel Club. However in larger breeds there are more likely to be up to twenty clubs scattered around the United Kingdom.

As a member of your breed club you will be notified of the Annual General Meeting (AGM). This is the meeting where the business of the club is discussed and Officers and Committee are elected for the next year. You are entitled to attend this meeting and see for yourself what is involved in the running of your breed club.

If you decide that committee work is for you it will be necessary to be elected on to the committee. This cannot be done on the day of the AGM as all nominations have to be sent in to the Secretary by a set date (this will be shown in the club’s constitution). You will also need to complete an application/nomination form and have two members nominate and second the proposal. Speak to the club secretary or Chairman about this procedure and they will guide you through the process.

There are many positions within a committee and to begin with it can be very confusing. At the end of the day no one should be on a committee if they do not have the welfare of their breed at heart.

President and Vice President - these are normally senior people in the breed, perhaps no longer active but their name on the club’s stationery and schedules shows that they support this particular club. These positions are normally honorary and for life.

Chairman/Chairperson - a chairman sees that all meetings are run smoothly and to the agenda. Again this person will be a senior respected person within the breed. It is often the case for there to be a vice chairperson to stand in at meetings when the Chairperson is not available.

Secretary - the club secretary is seen by some as a position of power within the show world. This person’s name is prominent in the breed, as it is to the secretary that all correspondence is sent. The secretary is needed for to see that all paperwork is sent out on time, all forms are completed for the Kennel Club and that the committee has their agenda’s and minutes for meetings.

Treasurer - this person must be well-versed in accounts and monetary matters. They are expected to keep all financial records and ensure that the club's money is banked on time and is accounted for to the final penny. The treasurer should be able to supply a financial report at every meeting and work with the clubs accountant to produce a balance sheet and profit and loss account for the AGM.

Committee Members - there are normally a set number of general committee members who are able to discuss matters and vote at committee meetings where necessary. There are many titles available to these people; they may be show managers, trophy stewards, rescue co-ordinator, judging committee, yearbook editors and many other important jobs that ensure that a breed club runs smoothly.

Vote - if there are more applicants than positions there will be a vote during the AGM. There are many stories of high drama during these meetings where busloads of people are shipped in to help certain people remain on their committees. This is all part of the colourful world of dog showing. Some people only see the position of an officer on a committee as a way to improve their career within dogs and to gain awards and valuable judging appointments. Don’t worry yourself about these shallow people you will find them in all walks of life, it’s just politics. If your intentions are honourable people will soon realise this and support you.

What Can I do?

You may not feel that you have the skills or knowledge to become an officer of a breed club. However the sort of people that are really needed to help run a club and to see that events run smoothly are the type of person that will be happy to sell raffle tickets, sweep up after an event or perhaps help serve in the kitchen. To be honest you see more of life and get to know more dog people when you are serving coffee and sandwiches than you do sat behind a table pretending to be important!