Home > The Kennel Club > How to Find a Breed Club 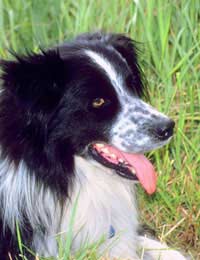 Of course it’s easy to find a breed club – just telephone the Kennel Club and ask for their list! But clubs can differ; some are better than others. Before you waste your money on a yearly membership that will not benefit you or your dogs, consider the following points, perhaps even ask the club secretary what benefits you can expect as a member.

All breed clubs are registered with the Kennel Club and have to abide by their rules and regulations. Any club not following the regulations will be severely reprimanded, even struck off of the register of breed clubs.

Most breeds have more than one club, unless it is a new breed. When the idea for a club is first considered the organisers must prove to the Kennel Club that there is a need for the club to be formed. The first club for each breed is the ‘parent’ or ‘mother club’ and it is this senior club that normally has the most respect within each breed.

Depending on the number of registered dogs in each breed it is usual for there to be regional clubs. Some breeds can have over twelve breed clubs scattered around the United Kingdom catering for enthusiasts. When the time comes that the number of dogs registered with the Kennel Club drops, there may be the problem of too many clubs for the breed!

Most breed clubs organise at least one dog show each year. Not all breed clubs can run a championship show. Where the numbers in a breed have dropped, it is customary for the clubs to share challenge certificates (CC’s) on a rotational basis. If a club does not organise a championship show each year it may still have open shows, limit shows and companion shows. It is up to the officers and committee to prove to the Kennel Club that they can represent their breed responsibly before they are allowed to organise dog shows.

It is normal for any person entering a club show to get a discounted entry if you are a member. If you are lucky enough to win a trophy at a show where you are a member it is customary for you to take home a trophy if it is on offer.

Not every owner of a breed wants to attend and compete at dog shows. Consider whether the club you want to join has facilities for pet membership. What is the point of joining a club that only organises a show – is it worth giving them your money?

Pet owners need to be represented by their breed club as well as exhibitors. Does your club organise fun days, educational events or general get togethers?

Does the club help within the rescue network? They may not necessarily be able to take in dogs that need re-homing, but are the officers and committee active in helping the breed rescue. It may be that they can help drive dogs across the country to their new homes; perhaps they vet prospective owners or inspect homes. Any club can run a raffle during a show or event so don’t be palmed off with we donate money to our rescue; anyone can walk round a dog show with a book of raffle tickets! A committee must have hands on activity within the rescue network. There may come a time when you need their help, what is the point of paying into a breed club for years then finding they cannot even help you in a time of crisis?

Clubs should also keep a list of breeders they will recommend and also members who have puppies for sale.

Does your breed club run events to train new judges? This is an important point to consider as everyone seems to ‘knock’ judges and the Kennel Club now want all new judges to have passed exams and be observed before they are let loose on our dogs!

Did you know that it is up to the clubs to arrange for new judges to be observed ringside while they are being trained and also afterwards? Did you also know that they have to vote on whether a judge is ready to judge their first championship show? Some clubs are not being fair when they are invited to partake in this honour. The ‘old school’ – those that have sat on committees for years tend to pass people because they have been in the breed for years, even though they are not qualified or fit to judge a dog. Question your committee as to their views on this subject; after all you do not want to be a member of a club that breaks the Kennel Club rules do you?

Any good breed club will have a yearbook or magazine for members. It is also common for clubs to send out newsletters and schedules for any upcoming shows. If there are any important legislations being brought before the Kennel Club or even the Government, it is imperative that your club advises you of this, they should also keep you informed of what stance they take on any votes, in fact they should enquire as to your view and ask for your vote.

All breed clubs must have an annual general meeting, it must be advertised in the canine press and all members must be notified in good time for them to vote on any issue if necessary. Members should try and attend as it is at these meetings where important issues are decided and officers and committee members are voted for the next year. If you have a point that you wish to be raised at a committee meeting or AGM it is imperative that you follow the procedures laid down in your membership book. A common trick in committees that don’t want change and are not working for their breed is to not advertise an AGM properly or hold it at an awkward time or out of the way place so members cannot attend. This way rules are changed and decisions made that may not be for the benefit of the breed.

You need to research a breed club carefully before paying out your money, if you are not satisfied with a club don’t keep quiet, speak to the officers and the Kennel Club.