Points of a Dog 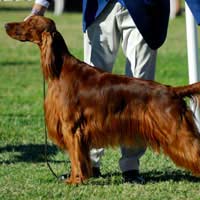 What are ‘points of a dog?’ Very simply it’s a name for all the body parts of the dog so that we know what we are referring to. These words will also be used by a judge when he is writing a report (called a critique) of our dog if we a re lucky enough to win a place at a show. The judge has to write up these reports as part of his judging contract. These reports are printed in the weekly canine press.

Here are a few of the most common terms used:

The construction of each breed has differing requirements. Within each Breed Standard these differences will be defined by using some of the technical words listed above. When reading books about your chosen breed you will often find a diagram of the dog with the points of the dog marked. Your breeder will also refer to these points when explaining the good points of the puppy she is selling and how they have been inherited from its parents.