Home > Crufts > What Made Crufts Become So Well Renowed?

What Made Crufts Become So Well Renowed? 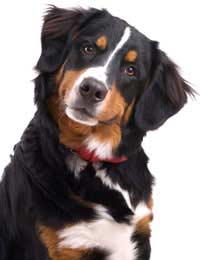 Crufts is the biggest show on earth – well it is for the dog enthusiast!

Although Crufts is technically just another Championship Dog Show it is the only show that all entrants have to qualify for. Crufts is the ‘Big Top’ of dog shows and for many exhibitors it is the pinnacle of the show year. With the crowds, early start, the noise and the long day, many exhibitors swear ‘never again’ but without fail everyone is there the following year with or without a dog to be part of the excitement and to celebrate the love of mans best friend.

Crufts is a yearly competition and is held over four days in the cold dark month of March. The Kennel Club oversee and take entries for this flagship of the UK dog scene. The National Exhibition Centre in Birmingham has been the home of Crufts since 1991 when it moved from London. Such is the pull of Crufts that exhibitors travel and stay overnight for this show. Coaches, buses and cars pour into Birmingham from the early hours where the motorways are almost at standstill.

Since the introduction of the pet passport entries come from over forty countries making Crufts accessible to almost the whole world. The introduction of the docking ban in April 2007 will see some dogs no longer being able to complete. The dog show world eagerly awaits news from the Kennel Club as to how this abominable ruling will be overcome.

For anyone not attending Crufts the results can be found on the Kennel Club website for every breed entered.

Not Just a Dog Show

Apart from the competition to find best of breeds, best in groups and ultimately the Best in Show, Crufts also has extensive displays over the four days of agility, obedience, flyball, junior handling, heelwork to music and so much more. Move around the vast halls of the NEC and spot rescue dogs, dogs for the disabled, search and rescue dogs, young and old dogs that work for a living. TV personalities arrive to support charities and sign books. All this adds to the buzz and the unique experience that is Crufts.

Discover Dogs first started as a part of Crufts. Because the general public would be disappointed in not seeing their favourite breeds on the day they visit Crufts – different groups are judged on different days like any other general championship dog show - the Kennel Club decided to allocate a space for breed clubs to display their breeds every day of the show. This way the public could get to know all breeds registered at the Kennel Club. This event has become so popular that it now appears as a stand-alone exhibition held each November at Earls Court in London.

Crufts has more trade stands than any other dog show -in fact many of them have no relevance whatsoever to the world of dogs and could have remained their since the last exhibition in the NEC. But if you need supplies for your dogs be it food, blankets or grooming equipment, kennels, grooming tables or medicines this is the place to shop. Traders vie for business offering special prices to lure the customers. Go with a full wallet – you will need it!

Unfortunately as the month for Crufts approaches the media seem to pick up on the world of dogs. Do they look at the good work that our rescue groups do? Do they look at how we educate new owners? Do they treat the dog world with respect? The answer is NO! Unfortunately we are bait for any journalist who doesn’t want to do his research properly and we are to blame for any dog that seems to bite someone, regardless of whom is to blame. Thank goodness after March they will move onto football hooligans or someone more deserving of their poison pens.

Crufts is the one dog show that has coverage by the BBC. Although most of the show is covered in depth it has been many years since the BBC has found a reasonable presenter who doesn’t make our skin creep with their sickly simpering over the dogs. Give the presenting over to the dog people – they do a much better job and treat it with the knowledge and respect the sport deserves.

The highlight of the show, like any other Championship Show is the competition for Best in Show. First Mary Rae entertains with her wonderful dancing dogs, then it’s time. The green carpet, the lights, the trumpeters and the judge is escorted into the ring. To many of us it seems strange to see a familiar face being escorted in such a revered way. This person was no doubt in her wellies and mac walking her own dogs the day before. She is just another dog person – but for this one night in her life she is the most important person in dogdom – that is until she points to her winner and another Crufts Best in Show winner is declared.

Crufts, love it or hate it is the ultimate show for dog people worldwide. See you there!