How Are Judges Picked? 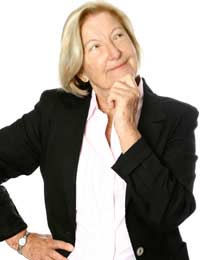 Depending on the type of dog show, a judge may have been invited or decided upon up to three years previous to the date of the show.

The Kennel Clubs show department keeps a diary of all events and will guide clubs and societies when they are choosing their dates. An application is then made to the Kennel Club before a licence is issued giving permission for the show to be arranged.

If a judge is invited to participate at a championship show and has never undertaken this duty before, he must complete an application form supplied by the Kennel Club. The Kennel club will then write to the Breed Council for the breed the new judge is assessing and ask for their votes and opinions on that particular person.

The breed club will ask all member clubs for their vote and opinion before collating the information and passing it back to the KC. It may be that the invited judge has not met the criteria of the Breed Council or that they have evidence that this person is not reputable. Whatever the reasons, they are kept strictly confidential.

The application form and votes will go before the Judges Committee when they next sit and the committee members (made up of senior Kennel Club members) will decide if the person should be passed to accept the appointment.

Every judge when making their first championship judging appointment will be assessed ringside by approved persons selected by the Kennel Club.

Any show organiser, be it a breed club or a general show society, will have to pick their judges from an approved breed club judging list. Each year the breed club (or breed council) will have their current list updated and then passed by the Kennel Club. They next circulate this list to all general show societies giving them the choice of approved judges to pick from. The Kennel Club can reprimand any society not using a person from a current list and this may affect their chances of running another show.

Breed Clubs like to celebrate special anniversaries be it a tenth championship show or the one hundredth. At times like this an extra special judge (or judges) will be chosen. Normally these people will be famous within their breed, the holder of a much loved kennel name of many years standing. These people are always in demand to judge a show anywhere in the world. As the Kennel Club has a strict ruling as to the time between appointments breed clubs will often book their judges many years ahead even before the Kennel Club has given permission or issued a license for the show.

When a new judge is passed to award challenge certificates for the first time it will be advertised in the monthly Kennel Gazette. This publication also has a diary of forthcoming shows. Any changes in Kennel Club rules and regulations are listed along with fines and bans that have been issued since the previous publication. This is a very interesting publication and all exhibitors would be wise to subscribe to this magazine.

Smaller shows such as companion and match nights do not need to get permission from the Kennel Club before inviting a judge. These shows are an excellent start for novice judges to hone their skills before moving on to Open shows.